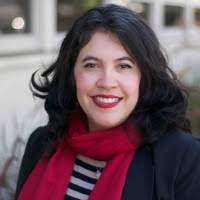 Appointed as Director of the Los Angeles County Parks Department in 2020, Norma is the first woman and the first person of color to serve in this role since the Department was created in 1944.

Under Norma’s direction, the parks department is making equity and youth engagement a mission, going beyond its traditional role as a provider of recreation opportunities.

Before her appointment, she held the position of Acting Director and Chief Deputy.

The department oversees 183 parks, about 70,000 acres of parklands and natural areas, and more than 200 miles of trails. García-Gonzalez has worked for the department for more than a decade and grew up in Los Angeles County

The daughter of immigrants and the first in her family to attend college, Norma. graduated from UCLA with a bachelor’s degree in Political Science and a master’s degree in Urban Planning.

A long-time advocate for the well-being of children, families, and in bringing equity to communities throughout the County, Norma’s work has had a tremendous impact on the lives of Angelenos; and on the work that we do at Wildwoods.